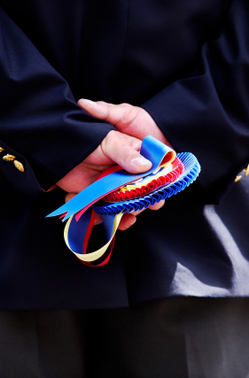 What are the minimum requirements for ShoWorks?

The minimum requirements for ShoWorks:

The minimum network requirements for ShoWorks are:

Compatibility conflicts with ShoWorks are:

I am looking to buy a new computer for ShoWorks, will you recommend one?

Please see the following article for assistance on chosing a computer that is right for ShoWorks.

What are my options to use ShoWorks across mutilple computers?

You can network many computers together, merge data from computer not connected to a network, or share your data files between computers. See the following article for more information about using ShoWorks on multiple computers.

No, but if you have MS Access version 2013 or newer, you can use the included ShoWorks Companion for Microsoft Access to further tweak all reports in any format that you desire, however the built-in ShoWorks Report Wizard is sufficient for most fairs reporting needs. Versions of Access prior to 2013 are not supported.

ShoWorks comes in different editions based on the number of entries a fair has.  What does this mean?

The number of entries is the number of items that are going to be judged in the fair.  Since an exhibitor may show more than one entry, the fair will typically have 2 to 3 times as many entries as compared to the number of exhibitors.